Notes on the Notes – Sunday, November 22 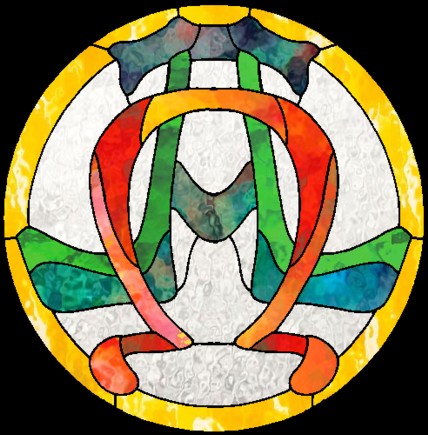 I love to tell the story, ’twill be my theme in glory,

To tell the old, old story of Jesus and his love.

I love to tell the story, for those who know it best
Seem hungering and thirsting to hear it like the rest.
And when, in scenes of glory, I sing the new, new song,
‘Twill be the old, old story that I have loved so long.”

Arabella Katherine Hankey (1834-1911) grew up in the family of a wealthy English banker associated with the evangelical wing of the Anglican Church. As a teenager she taught a girls’ Sunday school class. Later she traveled to South Africa to serve as a nurse and to assist her invalid brother.

While recovering from a lengthy illness of her own at age 30, she wrote a poem on the life of Christ. This poem had two sections, the first published in January 1866 and entitled The Story Wanted, the second published later that year in November under the title The Story Told. The hymn “I Love to Tell the Story” is drawn from stanzas in the second section. The text of the refrain was written by the composer of the music, William G. Fisher, in 1869.

The text for this hymn was derived from an older hymn, rewritten by Rev. C.H. Bateman and published in Edinburgh in 1843. The text was revised in 1987 by Gerald Hobbs, the editor of the United Church supplement “Songs for a Gospel People.” The anonymous melody was in circulation in the mid 1820s and is thought to have had Spanish origins.

“You servants of God, your Saviour proclaim,
And publish abroad that wonderful name;
The name all victorious of Jesus extol,
Whose kingdom is glorious and rules over all.

God rules from on high, almighty to save,
Whose Word still is nigh, a presence we have.
The great congregation God’s triumph shall sing,
Ascribing salvation to Jesus our King.

Salvation to God, who sits on the throne!
Let all cry aloud, and honour the Son!
The praises of Jesus the angels proclaim,
Bow down in deep reverence and worship the Lamb.

Then let us adore and give as is right,
All glory and power, all wisdom and might,
All honour and blessing with angels above,
And thanks never ceasing and infinite love.”

This hymn, from Charles Wesley’s Hymns for Times of Trouble and Persecution (1744), was written amid the political turmoil of the mid-17th century which included the uprising of Prince Charles Edward Stuart in 1745 and the persecution of the Methodists. The music is by William Gardiner.  The text was revised in 1987 by Gerald Hobbs for “Songs for a Gospel People.”

“Holy is Your Name”

Some will call you Master, Counselor and Friend,
Some will say the Prophet or the Lamb,
You are Alpha and Omega, the Beginning and the End.
You are Son of God and Son of Man.

O Lord, we praise You, and we exalt You;
We proclaim You King forevermore.
At the name of Jesus, every knee shall bow
And every tongue confess that You are Lord.

Some may call You Teacher; some, the One True Light,
Prince of Peace and Saviour of the World.
You’re the Rock of our salvation;
The Way , the Truth, the Life.
You are Lord of all; You are the Word.”

This week’s anthem is by Don Besig and Nancy Price (2010).  The lyrics continue this week’s theme of defining who Jesus is.

“Rejoice the Lord is King! Your risen Lord adore!
Rejoice, give thanks and sing and triumph evermore.
Lift up your heart,
Lift up your voice: rejoice, again I say, rejoice!

Jesus the Saviour reigns, the God of truth and love;

When he had purged our sins, he took his seat above.
Lift up your heart,
Lift up your voice: rejoice, again I say, rejoice!

God’s kingdom cannot fail, Christ rules o’er earth and heaven,
The keys of death and hell are to our Jesus given.
Lift up your heart,
Lift up your voice: rejoice, again I say, rejoice!

Rejoice in glorious hope, for Christ, the judge, shall come
To glorify the saints for their eternal home.
We soon shall hear the archangel’s voice,
The trump of God shall sound, rejoice!”

The original text for this hymn is from an Ascension festival hymn by Charles Wesley which was published by John Wesley in his Moral and Sacred Poems (1744).  The altered, more familiar version appeared in Charles Wesley’s Hymns for Our Lord’s Resurrection (1746).  The hymn is based on Philippians 4:4. “Rejoice in the Lord always: and again I say, Rejoice.” The early Methodists experienced much persecution and hardship and Charles wrote this hymn, based on Paul’s words penned while to prison, to encourage them. The hymn is a call to believe in the risen Christ. When one reads the text, you can almost see Charles Wesley standing on a box on a street corner, shouting these words to the masses.

The evangelistic focus of this hymn reflects the energy of the Wesley brothers as they founded the Methodist movement. Since the early Methodists were calling people toward Christ, it is possible that this text is not so much for congregants in attendance but for people who do not yet know the majesty of Christ. The text itself sums up in simple terms the following understanding of who Jesus is and views Christ as our Savior, King, and Judge.
The tune is a setting by John Darwall (1770) that was only paired with Wesley’s text in the late 19th century.

Hear the hymn on pipe organ at: https://youtu.be/F1YzlM2gHCg

To see an up-tempo contemporary version of the hymn go to: https://youtu.be/6by5eux1rMs