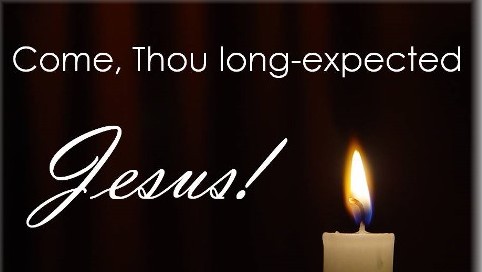 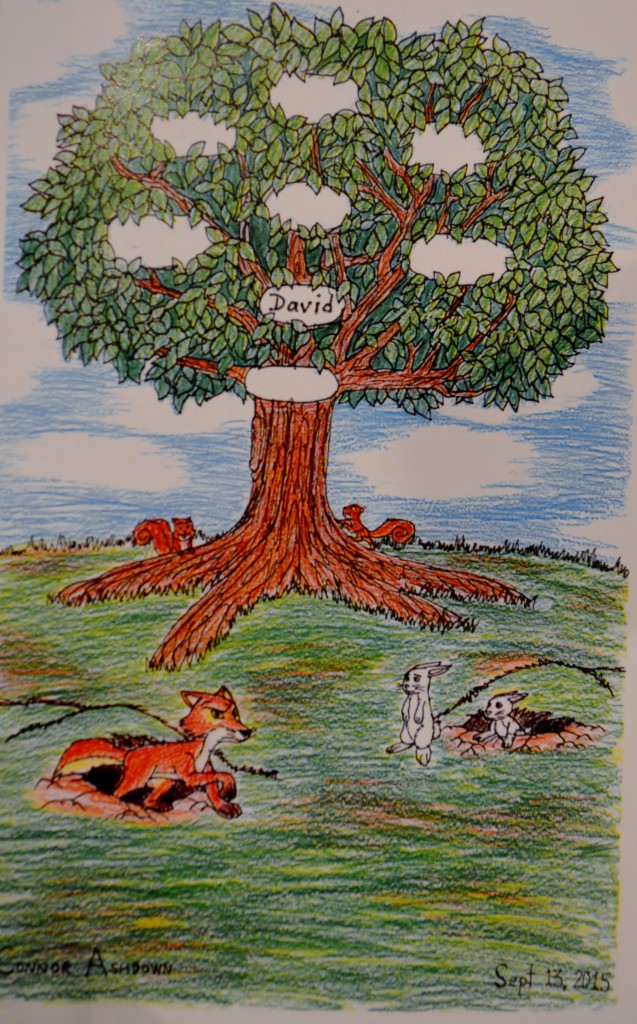 Luke 1:68-79 – Song of Zechariah: “Blessed be the God of Israel….And you will be called the prophet of the Most High.”

Luke 3:1-6 – When speaking of John the Baptist, Luke quotes the prophecy of the coming Messiah from Isaiah – a voice calling in the desert 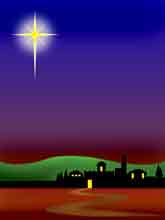 ‘It Came Upon a Midnight Clear’ is about the message of peace that the angels proclaimed on the first Christmas, when Jesus Christ was born. The song looks forward to a time when people will respond to the angels by living in peace with God and each other, and, in the last verse, likens doing so to offering the angels’ song back to them: “When peace shall over all the earth its ancient splendors fling, And all the world give back the song which now the angels sing.”

Edward Hamilton Sears, a Unitarian minister, wrote the text of this carol during a period of social and political turmoil in Europe and the United States.  It was first published in Boston in 1849, but the message still rings true today.  It was one of the first times that an American writer had penned words that would become a Christmas carol.  The American composer Richard Storrs Willis, who had studied music with renowned composer Felix Mendelssohn in Germany, wrote a tune called ‘CAROL’ and adapted the words of Sears’ poem to that music about a decade after the poem was first published (1850).

Hear the carol sung by Julie Andrews at:  https://www.youtube.com/watch?v=LwBajJ3ZFVo

Hear the contemporary version by Mercy Me at:  https://www.youtube.com/watch?v=QVkEjepjsfo 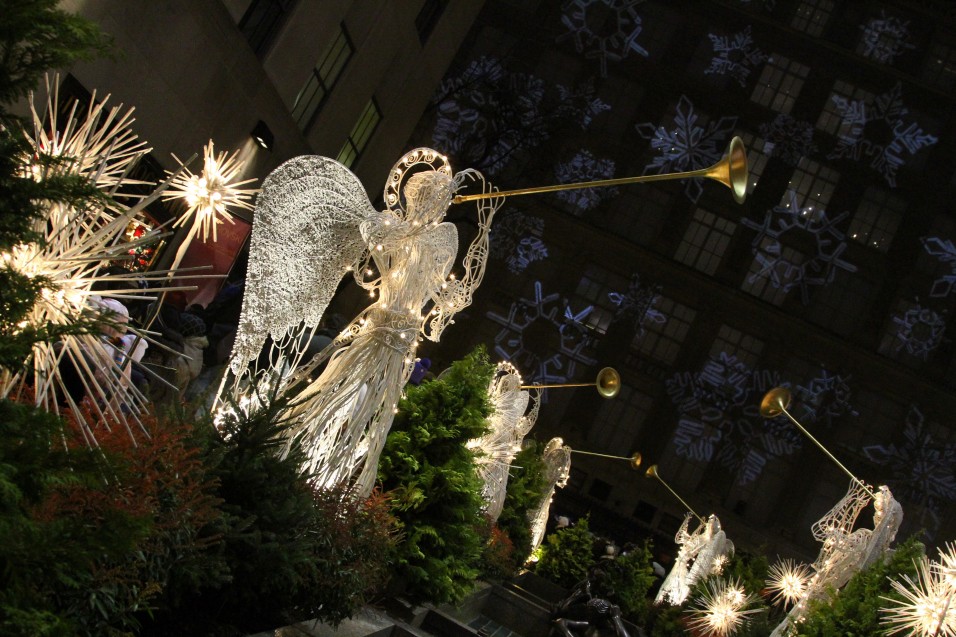 Many years ago shepherds in the hills of southern France had a Christmas Eve  custom of calling to one another, singing “Gloria in Excelsis Deo,” each from his own hillside. The traditional tune that the shepherds used may have been from a late Medieval Latin chorale. It became the magnificent chorus of “Angels We Have Heard on High.”

The original carol “Les anges dans nos campagnes” may date from the 18th century.  As with many traditional carols, the author and composer of this anonymous French carol are unknown.  It was first published in France in 1855, and gained great popularity in the first part of the 20th century.  The beautiful carol tells the story of Christ’s birth, when the angel choir  told the good news to nearby shepherds. The chorus, “Gloria in Excelsis Deo,”  reflects the chorus of the angel choir that long-ago Christmas night.

The  English translation came seven years later, in Henri Frederick’s Crown of  Jesus Music. This 1862 translation differed from the form we use now. The  version we use today was first printed in a 1916 American carol collection  entitled Carols Old and Carols New.

See the acapella group Pentatonix perform the carol at:  https://www.youtube.com/watch?v=H0fkkUYIku0

Charles Wesley published this hymn in 1744.  He intended it as a Christmas hymn, but its theme of awaiting the arrival of the long-expected redeemer makes it suitable for Advent as well.  Like so many of Wesley’s texts, “Come, Thou Long-Expected Jesus” alludes to one or more Scripture passages in virtually every phrase. The double nature of Advent is reflected in this text, in which we remember Christ’s first coming even while praying for his return. Stanzas 1 and 2 recall Advent prophecies in the Old Testament; stanza 3 speaks of Christ’s birth and kingdom, and stanza 4 is a prayer for Christ’s rule in our hearts.

“Come, thou long-expected Jesus, born to set they people free: from our fears and sins release us, let us find our rest in thee.
Israel’s strength and consolation, hope of all the earth thou art, dear desire of every nation, joy of ever longing heart.
Born thy people to deliver; born a child and yet a king; born to reign in us for ever; now thy gracious kingdom bring.
By thine own eternal Spirit rule in all our hearts alone; by thine all-sufficient merit raise us to thy glorious throne.”

raise us to thy glorious throne.”

Hear an instrumental version of the song at: https://www.youtube.com/watch?feature=player_embedded&v=sg8OJf40LJE

This hymn is a paraphrase of the Song of Zechariah, which we will be reading today from the book of Luke.  The words are by Michael Arnold Perry (1942-1996), who was one of the UK’s leading hymn-writers of the 20th century.   Hal Hopson composed MERLE’S TUNE for this text in 1985.

“Blest be the God of Israel, who comes to set us free;
Who visits and redeems us and grants us liberty.
The prophets spoke of mercy, of freedom and release;
God shall fulfil the promise and bring the people peace.

Now from the house of David a child of grace is given;
A Saviour comes among us to raise us up to heaven.
Before him goes the herald, forerunner in the way,
The prophet of salvation, the harbinger of Day.

On prisoners of darkness the sun begins to rise;
The dawning of forgiveness upon the sinner’s eyes,
To guide the feet of pilgrims along the paths of peace;
O bless our God and Saviour with songs that never cease!”

“A Voice Cries Out ‘Prepare the Way of the Lord'” 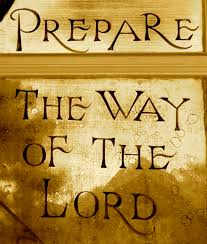 “A voice cries out “Prepare the way of the Lord! Make straight in the desert a highway for our God.
Every valley shall be lifted up, and every mountain made low.”

Comfort, comfort my people; proclaim the promise of the Lord:
His name shall be called Emmanuel!
The glory of the Lord shall be revealed!”

This week’s anthem by Lloyd Larson (1993) quotes directly from the book of Isaiah 40:3-5; 7:14.  This passage from Isaiah is a prophecy.  We hear of glad tidings of redemption which will be introduced by a voice in the wilderness, which gives assurance that all obstructions shall be removed and that the word of God shall be established and accomplished. And we, through patience and comfort of this scripture, may have hope.

“There’s a voice in the wilderness crying, a call from the ways untrod:
Prepare in the desert a highway, a highway for our God!
The valleys shall be exalted, the lofty hills brought low;
Make straight all the crooked places where God, our God, may go!

O Zion, that bringest good tidings, get thee up to the heights and sing!
Proclaim to a desolate people the coming of their King.
Like the flowers of the field they perish, like grass our works decay;
The power and pomp of nations shall pass, like a dream, away.

But the world of our God endureth, whose arm is ever strong;
God stands in the midst of nations, and soon will right the wrong.
God shall feed the flock like a shepherd, the lambs so gently hold;
To pastures of peace will lead them, and bring them safe to fold.”

This hymns reminds us of John the Baptist, who heralded the coming of the new Messiah.   Often, on our journey,  we need someone to point us in the right direction.   This hymn commemorates the union in 1925 of the Canadian Congregational and Methodist churches with a large portion of the Canadian Presbyterian churches to form the United Church of Canada.  The author, James Lewis Milligan, a journalist and lay Methodist preacher, was the director of public relations for the uniting churches between 1922 and 1925.  Henry Hugh Bancroft, organist and choirmaster of All Saints’ Cathedral (Anglican) in Edmonton, composed the music. 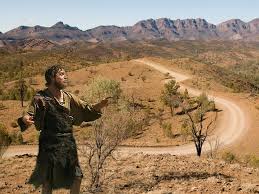