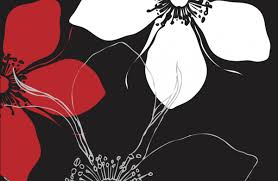 “When will people cease their fighting?
When will armies wage no war,
Nations conquer not their neighbour,
Weapons idle, used no more?
When will guns and bombs be silent?
When will captives be set free?
All creation groans in longing for the world’s true liberty.

Floods and earthquakes, drought and famine plague the world with awesome ill,
But far greater is war’s horror caused by human, stubborn will.
Blest are those who, working, praying,
Purpose in their hearts to be instruments of peace,
Committed to the nations’ harmony.

As we strive for peace with vigour,
Hoping to be shown the way,
We are strengthened in the knowledge of a future, perfect day;
For we know that deeper, richer peace is ours when Christ shall reign;
Then will all our swords be plowshares and God’s children free from pain.”

The text for this hymn was written by Constance Cherry in 1983 and won the “Pens Into Plowshares” hymn competition conducted by Trinity Presbyterian Church in Harrisonburg, Virginia.  The tune, based on a Croation folk song, was composed by Franz Joseph Haydn in 1797 in honour of the birthday of the Austrian emperor.

Hear the hymn tune played on organ at:  https://www.youtube.com/watch?v=f2zWu_wW-zQ

Robert and Margaret Fleming encouraged members of St. George’s Anglican Church in St. Anne-de-Bellvue to write new hymns for use in worship at the church.  Frances Wheeler Davis, a poet and choir member, responded to that invitation with “Let There be Light.”  It was first published in 1968 in a private church publication where it was set to CONCORD, a tune newly composed for it by the Canadian composer, Robert Fleming.   In verses one to five, all four lines of the verse begin with the same word, producing a powerful cumulative effect.  Verse six summarized the prayers of the previous verses.

Let there be light, let there be understanding,
Let all the nations gather, let them be face to face;

Open our lips, open our minds to ponder,
Open the door of concord, opening into grace;

Hallow our love, hallow the deaths of martyrs;
Hallow their holy freedom, hallowed be your name;

Let there be light, open our hearts to wonder,
Perish the way of terror, hallow the world God made.”

Hear the song sung in worship at:  https://www.youtube.com/watch?v=QDkIXQ-_kG0

“A Hymn of Remembrance”

“O God of endless ages, whose will is still that we
Should live in peace and freedom, with love of liberty,
In prayer we now remember the death and dignity
Of those who sought to rescue this precious legacy.

They gave themselves for others whose names they did not know,

For God and for their country they vowed to overthrow the infamous oppressors,
Their lives prepared to give.
With selflessness and courage they died that we might live.

The wars that now we’re waging on crime and poverty,
Disease and much injustice absorb our energy.
Yet often with indifference we, in these latter days,
Forget the poppy’s symbol their sacrifice portrays.

With each new generation, the memory further fades
Deep into history’s pages, with tales of bygone days.
So may our children’s children, as rich inheritors,
With us, O God, remember why freedom still endures.”

The words for this new hymn of remembrance were written by Doreen M. Lankshear-Smith in 1982. We will be using the tune AURELIA, commonly known as the tune for the hymn “The Church’s One Foundation.”

Hear the tune played on organ at:  https://www.youtube.com/watch?v=z_MrvLaiofo

“Let There Be Peace on Earth”

Sy Miller and Jill Jackson were a husband and wife songwriting team. In 1955 they wrote a song about their dream of peace for the world and how they believed each one of us could help create it.    They first introduced the song to a group of teenagers selected from their high schools to attend a weeklong retreat in California. The young people were purposefully from different religious, racial, cultural and economic backgrounds, brought together to experiment with creating understanding and friendship through education, discussion groups, and living and working together in a camp situation.

Sy Miller wrote in his own words what happened: “One summer evening in 1955, a group of 180 teenagers of all races and religions, meeting at a workshop high in the California mountains locked arms, formed a circle and sang a song of peace. They felt that singing the song, with its simple basic sentiment – ‘Let there be peace on earth and let it begin with me,’ helped to create a climate for world peace and understanding. ‘When they came down from the mountain, these inspired young people brought the song with them and started sharing it. And, as though on wings, ‘Let There Be Peace on Earth’ began an amazing journey around the globe. It traveled first, of course, with the young campers back to their homes and schools, churches and clubs. Soon the circle started by the teenagers began to grow. Before long the song was being shared in all fifty states – at school graduations and at PTA meetings, at Christmas and Easter gatherings and as part of the celebration of Brotherhood Week. It was a theme for Veteran’s Day, Human Rights Day and United Nations Day. 4H Clubs and the United Auto Workers began singing it. So did the American Legion, the B’nai B’rith, the Kiwanis Clubs and CORE. It was taped, recorded, copied, printed in songbooks, and passed by word of mouth.

Listen to a radio interview with Jill Jackson at:  http://www.humanmedia.org/catalog/program.php?products_id=66 (click on Hear free exerpt)

Hear the song sung at Voices Without Borders at:  https://www.youtube.com/watch?v=MO5CqyMPL8Q

“Put peace into each other’s hands and like a treasure hold it,
Protect it like a candle flame, with tenderness enfold it.

Put peace into each other’s hands with loving expectation;
Be gentle in your words and ways, in touch with God’s creation.

Put peace into each other’s hands like bread we break for sharing;
Look people warmly in the eye; our life is meant for caring.

Give thanks for strong – yet tender – hands
Held out in trust and blessing.

Where words fall short, let hands speak out,
The heights of love expressing.

Reach out in friendship, stay with faith
In touch with those around you.
Put peace into each other’s hands;
The Peace that sought and found you.”

This hymn with words by Fred Kaan and lyrics by Ron Klusmeier was first published in 2004.  The original title was “Hands Shaped Like a Cradle.”  The hymn is often used for interfaith worship or communion.

See the hymn sung in worship at: https://youtu.be/HRJXEJDygbA

The following responses will be part of the communion liturgy:

This Kyrie comes from the Russian Orthodox liturgy.  The prayer, “Kyrie, eleison,” “Lord, have mercy” derives from several New Testament verses in particular. In Matthew 15:22, the Caanaanite woman cries out to Jesus, “Have mercy on me, O Lord, Son of David.” In Matthew 20:30, 31, two unnamed blind men call out to Jesus, “Lord, have mercy on us, Son of David.” Finally, in Mark 10:46, Blind Bartimaeus cries out, “Jesus, Son of David, have mercy on me.”   In Rome, the sacred Liturgy was first celebrated in Greek. As Christianity gained popularity, the Roman Mass was translated into Latin, but the familiar and venerated Greek prayer Kýrie, eléison was preserved, as were Hebrew phrases such as “Alleluia” and “Hosanna”.

“Holy, holy, holy,
My heart, my heart adores you!
My heart is glad to say the words:
You are holy, God!”

This short Sanctus comes from Argentina.  In Western Christianity, the Sanctus is sung (or said) within the prayer of consecration of the bread and wine. This prayer usually concludes with words describing the praise of the worshippers joining with the angels, who are pictured as praising God with the words of the Sanctus.

“Your will be done, be done on earth.”

This simple refrain is a traditional song from South Africa, with text from The Lord’s Prayer.

We will close our service with this benediction by Miriam Theres Winter.