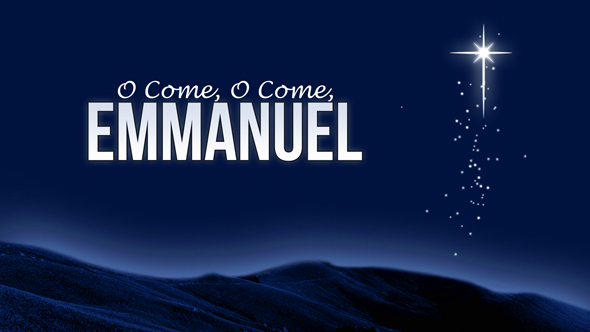 Jeremiah 33:14-16 – awaiting the fulfillment of God’s promise to David – a righteous branch from David’s line

This hymn was translated by John Mason Neale from a 14th-century carol, written in German and Latin, and was included in his Carols for Christmas-tide (1853).  The text has been revised to make it more inclusive and thus more useable in contemporary worship, although the original translation remains more popular outside of the church.

Hear the melody on piano and fiddle at: http://www.youtube.com/watch?v=kBL4ZACPyEE

Hear a Celtic band play the tune at:  https://www.youtube.com/watch?feature=player_embedded&v=69DGHaSbixs

Hear the song in the original Latin/German by York Minster Choir at:  https://www.youtube.com/watch?feature=player_embedded&v=HAHe1i27U6c

“Angels, from the realms of glory, wing your flight o’er all the earth;
Ye who sang creation’s story, now proclaim Messiah’s birth:
Come and worship, come and worship, worship Christ, the newborn King.

Shepherds in the field abiding, watching o’er your flocks by night,
God with us is now residing, yonder shines the infant Light:
Come and worship, come and worship, worship Christ, the newborn King.

Saints before the altar bending, watching long in hope and fear,
Suddenly the Lord, descending, in his temple shall appear:
Come and worship, come and worship, worship Christ, the newborn King.”

‘Angels From the Realms of Glory’ began as a poem rather than a song. Lyricist James Montgomery said he felt inspired to write the words to it quickly on December 24, 1816 after reading the Bible’s account of the first Christmas. The words flowed easily as Montgomery reflected on the angels’ announcement of Jesus Christ’s birth. That evening (Christmas Eve), he published the words as a poem in the newspaper he owned in London, England, The Sheffield Iris.

Much later, in 1867, composer and organist Henry Smart set Montgomery’s words to music that he had previously written for a song he called ‘REGENT SQUARE’ (named after Regent Square Presbyterian Church in London, England) and named the new song ‘Angels From the Realms of Glory’.

Hear a jazz version of the hymn at:  https://www.youtube.com/watch?feature=player_embedded&v=GdOGHLtaork

“O come, O come, Emmanuel” is a well-known Advent hymn. While it is most commonly known by that English title, it is in fact a translation of the original Latin, “Veni, Veni, Emmanuel.”     The hymn is a metrical paraphrase of the O Antiphons, a series of plainchant antiphons attached to the Magnificat at Vespers over the final days before Christmas.

This week we will be singing the following verses, which speak most directly to our theme of Jesus’ lineage.

O come, O come, great God of might, who to your tribes on Sinai’s height in ancient times once gave the law in cloud, and majesty, and awe.

O come, O Rod of Jesse’s stem, from every foe deliver them that trust your mighty power to save, and give them victory o’er the grave.

O come, O Key of David, come, and open wide our heavenly home; make safe the way that leads on high, and close the path to misery.”

Hear the song by Selah to scenes from The Nativity at: https://www.youtube.com/watch?feature=player_embedded&v=bPfdD3pBUig

See The Piano Guys at:  https://www.youtube.com/watch?feature=player_embedded&v=tP9U42m2wsI    (Like what you see?  The Piano Guys will be performing at the Centennial Concert Hall on May 16, 2016!)

Hear the song by a choir at: https://www.youtube.com/watch?feature=player_embedded&v=SR6zGQcGMcs

“Hail to God’s own anointed, great David’s greater Son!
Hail, in the time appointed, God’s reign on earth begun!
Christ comes to break oppression, to set the captive free,
To take away transgression, and rule in equity.

Christ comes with justice surely to those who suffer wrong,
To help the poor and needy, and bid the weak be strong,
To give them songs for sighing, their darkness turn to light,
Whose souls, condemned and dying, are precious in his sight.

Christ shall come down like showers upon the fruitful earth,
And love, joy, hope, like flowers, spring in his path to birth.
Before him on the mountains shall peace the herald go,
And righteousness in fountains from hill to valley flow.

To him shall prayer unceasing and daily vows ascend,
His kingdom still increasing, a kingdom without end.
The tide of time shall never his covenant remove.
His name shall stand for ever: that name to us is Love.”

This Advent hymn concerns Christ’s coming glory to establish God’s reign on earth.  The text is based upon Psalm 72.  It was written by James Montgomery in 1821 for a Christmas service.  This week we will be using the melody ELLACOMBE, commonly known as the tune for the Palm Sunday hymn, “Hosanna, Loud Hosanna” (VU #123).

This week’s anthem serves as an excellent introduction to the sights and sounds of the season of Advent and reminds us to be watchful and ready for the transforming power of the birth of Jesus.  It was written by Joel Raney (2010).

“My Soul is Filled with Joy”

Our offering response for the season of Advent is taken from the hymn “My soul is filled with joy,” which is based on Luke 1:46-55. The melody is the Irish traditional tune, WILD MOUNTAIN THYME, which has been arranged by David Haas (1989).

Hear the whole song at: https://youtu.be/V8Z0bTTcbOU

“Once In Royal David’s City” is a Christmas carol originally written as a poem by Cecil Frances Alexander. The carol was first published in 1848 in Miss Cecil Humphreys’  “Hymns for little Children.”  A year later, the English organist Henry John Gauntlett discovered the poem and set it to music.   Since 1919, the Festival of Nine Lessons and Carols at the King’s College Chapel Cambridge has begun its Christmas Eve service, with Dr Arthur Henry Mann’s arrangement of “Once in Royal David’s City” as the processional hymn. Mann was organist at King’s between 1876–1929. In his arrangement, the first verse is sung by a boy chorister of the Choir of King’s Chapel as a solo. The second verse is sung by the choir, and the congregation  joins in the third verse. Excluding the first verse, the hymn is accompanied by the organ.   Hear the choir at King’s College Cambridge:

“A prophet’s words shared long ago”

“A prophet’s words shared long ago
Remind us that God guides each day;
Amid new journeys we shall take
We’ll find our path, locate God’s way
That leads us to a treasured birth:
God’s promised gift of such great worth.”

Our benediction response for the season of Advent is sung to the melody “On Christmas Night all Christians Sing.”

Please enjoy our Advent video from 2014: