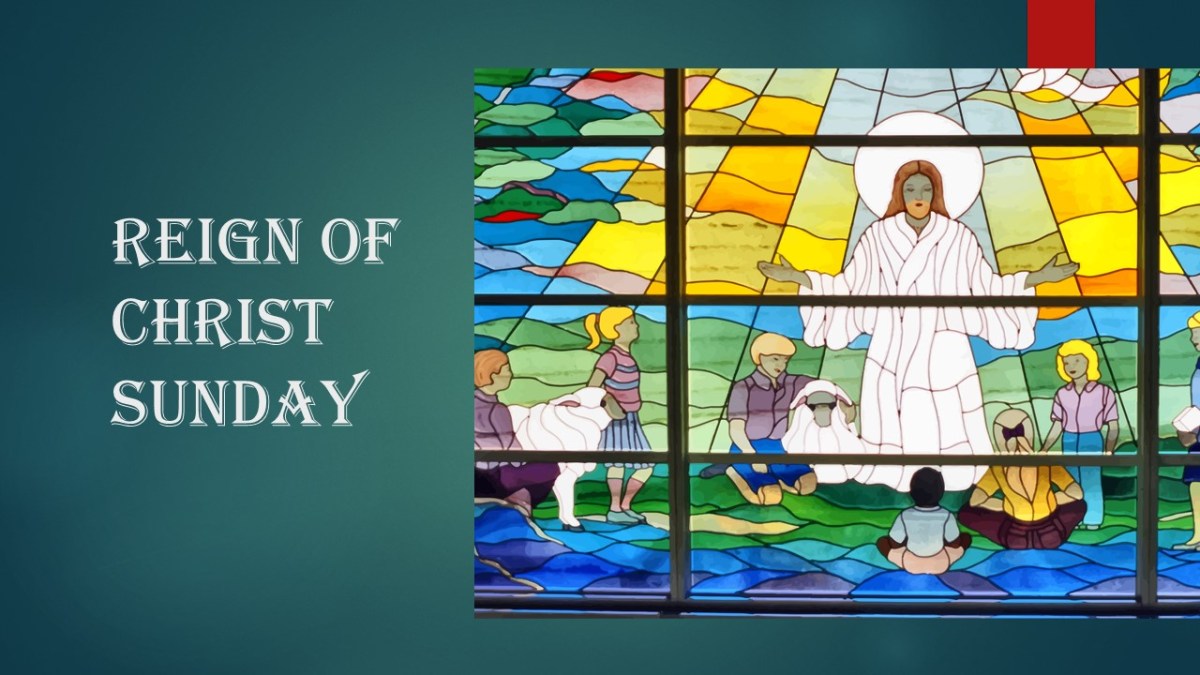 Reign of Christ – To Walk Away

Celebrating the Reign of Christ Sunday marks the end of Ordinary Time and serves as a prologue to the festivities of Advent. We celebrate Christ’s role as Lord of all—the world, the church, and our lives.  Do we accept our role as followers of Christ, or do we turn away?

Raising our hands as a sign of rejoicing,
And with our lips our togetherness voicing,
Giving ourselves to a life of creativeness,
Worship and work must be one!

Praying and training that we be a blessing,
And by our handiwork daily confessing:
We are committed to serving humanity,
Worship and work must be one!

Called to be partners with God in creation,
Honouring Christ as the Lord of the nation,
We must be ready for risk and for sacrifice,
Worship and work must be one!”

Fred Kaan originally wrote this text in 1972 for a melody from Sri Lanka.  Ron Klusmeier later composed the melody LIDDLE for “Worship the Lord” (1977). His setting was used in Songs for a Gospel People and now in Voices United. The text of the hymn emphasizes that, for the Christian, worship and work are joined together.

Hear a concertato version of the hymn at:  https://www.youtube.com/watch?v=Qlt1Qp1WvRA

“Christ is made the sure foundation, Christ the head and cornerstone,
Chosen of the Lord, and precious, binding all the church in one;
Holy Zion’s help forever, and its confidence alone.

To this temple where we call you, come, O Lord of hosts, today;
With your faithful loving kindness hear your servants as they pray;
And your fullest benediction shed within its walls alway.

Here bestow on all your servants what they ask of you to gain;
What they gain from you forever with the blessed to retain;
And hereafter in you glory evermore with you to reign.

The text of this hymn has its origins in the early medieval Latin hymn, Urbs beata Hierusalem,”  which was written for the dedication of a church.  It was based on passages from Ephesians, 1 Peter, and Revelation.  “Holy Zion” refers to the church transcendent, built of living stones – the saints of God.  It was first published in 1851.

The tune, WESTMINSTER ABBEY, was adapted from a tune by Henry Purcell (1682).

See the hymn used in ecumenical worship in Westminster Abbey in 2010:  https://youtu.be/cR9NHXnbxlU

“O worship the King, all glorious above,
And gratefully sing his wonderful love;
Our Shield and Defender, the Ancient of Days,
Pavilioned in splendour and girded with praise.

O worship the King, all glorious above,
And gratefully sing his wonderful love.
O tell of his might, O sing of his grace,
Whose robe is the light, whose canopy space.

Frail children of dust and feeble as frail.
In Thee do we trust, nor find Thee to fail.
Thy mercies how tender, how firm to the end,
Our maker, defender, redeemer, and friend.

This week’s anthem is based on the traditional lyrics of the hymn, “O Worship the King.”  The words were written by Robert Grant in 1833.  Grant was born in India, and served as the Governor of Bombay.  Accustomed as he was to pomp and circumstance, he employed corresponding images to describe and glorify his heavenly King.   The words were set to music by Stan Pethel in 1989.

“Rejoice the Lord is King! Your risen Lord adore!
Rejoice, give thanks and sing and triumph evermore.
Lift up your heart,
Lift up your voice: rejoice, again I say, rejoice!

Jesus the Saviour reigns, the God of truth and love;

When he had purged our sins, he took his seat above.
Lift up your heart,
Lift up your voice: rejoice, again I say, rejoice!

God’s kingdom cannot fail, Christ rules o’er earth and heaven,
The keys of death and hell are to our Jesus given.
Lift up your heart,
Lift up your voice: rejoice, again I say, rejoice!

Rejoice in glorious hope, for Christ, the judge, shall come
To glorify the saints for their eternal home.
We soon shall hear the archangel’s voice,
The trump of God shall sound, rejoice!”

The original text for this hymn is from an Ascension festival hymn by Charles Wesley which was published by John Wesley in his Moral and Sacred Poems (1744).  The altered, more familiar version appeared in Charles Wesley’s Hymns for Our Lord’s Resurrection (1746).  The hymn is based on Philippians 4:4. “Rejoice in the Lord always: and again I say, Rejoice.” The early Methodists experienced much persecution and hardship and Charles wrote this hymn, based on Paul’s words penned while to prison, to encourage them. The hymn is a call to believe in the risen Christ. When one reads the text, you can almost see Charles Wesley standing on a box on a street corner, shouting these words to the masses.

The evangelistic focus of this hymn reflects the energy of the Wesley brothers as they founded the Methodist movement. Since the early Methodists were calling people toward Christ, it is possible that this text is not so much for congregants in attendance but for people who do not yet know the majesty of Christ. The text itself sums up in simple terms the following understanding of who Jesus is and views Christ as our Savior, King, and Judge.
The tune is a setting by John Darwall (1770) that was only paired with Wesley’s text in the late 19th century.

Hear the hymn on pipe organ at: https://youtu.be/F1YzlM2gHCg

Has there been a moment where you felt that you abandoned Jesus?