Theme:  Communion – God is not interested in winning popularity contests 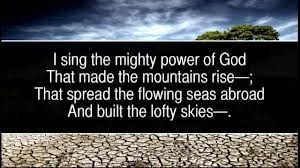 “I Sing the Mighty Power of God”  (VU #231) –   This hymn in praise of the Creator is from Divine Songs Attempted in Easy Language, for the Use of Children (1715), a collection of songs which Isaac Watts wrote for children at the request of a friend.  Austalian hymnologist Wesley Milgate comments,”Watts shows in this hymn a readiness rare in his time to credit children with intelligence and imagination, so that it is a fine hymn for adults also.”  The tune was published in The Hymns and Psalms Used at the Asylum or House of Refuge for Female Orphans (London, 1792).  In The Hymnary (1930), the tune is attributed to Franz Joseph Haydn, but the association has never been proven.

“We are the Followers” – The Worship Choir anthem today is a celebratory song of discipleship by Dave and Jean Perry:

“Sing a Mighty Song” –  The Joyful Noise anthem by Greg Gilpin was commissioned by the Indiana Music Educators Association for the 2011 Middle School Honor Choir.   The text speaks of awakening our voices and the voices of heaven and earth – “Sing a mighty song, awake, arise ye voices.”       Today we  celebrate, with much thanks, the many years of dedicated music ministry of Kelsey and June and wish them all the best as they move on to other opportunities.   We also thank the members of the Joyful Noise for sharing their beautiful music during worship.

“As We Gather at Your Table” (VU #457) – The text of this hymn is from Carl P. Day’s first collection, A Year of Grace:  Hymns for the Church Year (1990).   The tune BEACH SPRING is from The Sacred Harp (1844), one of the most widely-used oblong tune books found in the southern region of the United States in the 19th and early 20th centuries.   Songs using this tune occur 4 times in Voices United, but the tune may also be used with a multitude of hymn lyrics. 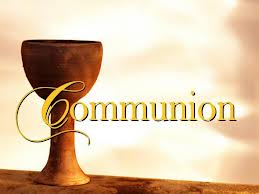 “Holy, Holy, Holy” (VU #315) – Today we will be using verse one of this hymn as we prepare to receive communion.  This  paraphrase of Revelations 4:8-11 was writted by Reginald Heber for use on Trinity Sunday, and published first in A Selection of Psalms and HYmns for the Parish Church of Banbury (1826).

“Step by Step” –  This classic Christian praise song (“O God, you are my God, and I will ever praise you…”) was written by Beaker.  Beaker is a pseudonym for David Strasser, a songwriter and musician well known for his collaborations with Christian artist Rich Mullins. He received his nickname as a young man, when friends said he looked like Beaker the Muppet.  When Beaker was in the seventh grade, his youth pastor introduced him to his friend Rich Mullins, and the two soon became collaborators. Beaker co-wrote, performed, and toured with Rich Mullins for several years.  In the mid-90s, Beaker dropped out of the spotlight to focus on family life. 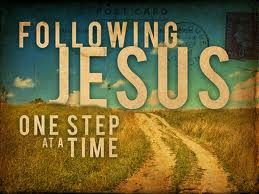