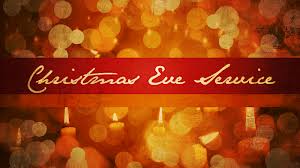 “O little town of Bethlehem, how still we see thee lie!  Above thy deep and dreamless sleep the silent stars go by;  yet in thy dark streets shineth the everlasting light;  the hopes and fears of all the years are met in thee tonight.”

The text for “O Little Town of Bethlehem” was written by  Phillips Brooks (1835–1893), an Episcopal priest, Rector of the Church of the Holy Trinity, Philadelphia. He was inspired by visiting the Palestinian city of Bethlehem in 1865. Three years later, he wrote the poem for his church and his organist, Lewis Redner, added the music. Redner’s tune, simply titled ST. LOUIS, is the tune used most often for this carol in the United States and Canada, but it may also be sung to the tune FOREST GREEN instead.

“Angels We Have Heard on High”

The original carol “Les anges dans nos campagnes” may date from the 18th century.  As with many traditional carols, the author and composer of this anonymous French carol are unknown.  It was first published in 1855, and gained great popularity in the first part of the 20th century.

“Away in a Manger”

“Away in a Manger, no crib for a bed, the little Lord Jesus laid down his sweet head.

The stars in the bright sky looked down where he lay, the little Lord Jesus asleep on the hay…”

This traditional children’s carol is an anonymous text which seems to have come from the German Lutheran community in Pennsylvania.  The tune CRADLE SONG was published in an American collection of Christmas songs entitled Around the World with Christmas (1895).

To learn about the history of this famous carol, visit http://www.stillenacht.at/en/origin_song.asp

To watch a vintage video about the carol, go to:  http://www.youtube.com/watch?v=g9N4lTJb6gU

To see the boys’ choir Libera sing the song, go to:  http://www.youtube.com/watch?v=vPBBalr_la4

To hear the Carpenter’s version of the song, go to: http://www.youtube.com/watch?v=KJhA0CqMl0s

“A candle is burning, a flame warm and bright, a candle of hope in December’s dark night.  While angels sing blessings from heaven’s starry sky, our hearts we prepare now for Jesus is nigh…

We honour Messiah with Christ-candle’s flame, our Christmas Eve candles glad tidings proclaim.  O come, all you faithful, rejoice in this night, as God comes among us, the Christian’s true light.”

This text, by Sandra Dean, was written in 1986 for the congregation at Southminster United Church in Ottawa.  The familiar tune, usually associated with “Away in a Manger,” (the “other” tune) is also known as MUELLER.  It is attributed to James R. Murray, and was first published in Cincinnati in 1887.

These traditional chants are woven together to draw us into the peace of Christmas Eve.

“Still, Still, Still” is an Austrian Christmas carol and lullaby. In German its first line is “Still, still, still, weil’s Kindlein schlafen will!” (“Hush, hush, hush, for the little child wants to sleep!”).  The melody is a folk tune (authorship unknown) from the State of Salzburg. The tune appeared for the first time in 1865 in a folksong collection of Maria Vinzenz Süß (1802-1868), founder of the Salzburg Museum; it has changed slightly over the years but remains attributed to G. Götsch. The words describe the peace of the infant Jesus and his mother as they sleep.

To hear the carol with choir and orchestra, go to:  http://www.youtube.com/watch?v=cqD2Cqk9AsE

To hear the carol sung in German, go to:  http://www.youtube.com/watch?v=L_ZgDLCf4QQ

“The first Nowell the angel did say was to certain poor shepherds in fields as they lay;  in fields where they lay a-keeping their sheep on a cold winter’s night that was so deep.  Nowell, Nowell, born is the King of Israel…”

This traditional text likely dates from the 17th century or earlier.  It was published in 1823 in a book of old English carols.  The tune, a traditional West Country melody, may be a fragment of an older English carol melody.  To learn more about the history of the carol, go to:  http://www.niu.edu/PubAffairs/RELEASES/2006/nov/Nowell.shtml

“Come and Behold Him”

“Come and behold Him, come see His glory; come with an honest heart to see all He is.  We will discover all of His beauty, His light will burn away all the darkness we’ve know. “

This invitation to the manger was composed in 1994 by John Chisum and George T. Searcy, Jr.  Tonight the Praise Singers will be using an arrangement by Camp Kirkland.

Hear the original version sung by John Chisum at:  http://www.youtube.com/watch?v=Y8QK6CQi5ns

The carol we now know as “Hark! the herald angels sing” did not start life as such, and required at least four people to bring it to its current form. Wesley’s original, written as a Christmas Day hymn and first published in 1739, is made up of ten four-line verses, rather than the longer eight-line verses with refrain which we have now.

It is interesting to note that in the original version of Wesley’s, the heavens ring with the phrase “Glory to the King of kings,” echoing Luke’s “Glory to God in the highest heaven.”  George Whitfield, who had been a student with Wesley, changed this to “Glory to the newborn King” in 1753. His fairly revolutionary Calvinist position was not compatible with Wesley’s gentler reforming approach, which eventually bore fruit in the Methodist movement that he and his brother John inspired. Whitfield maintained the four-line verses of Wesley’s original, but changed the angels’ emphasis: “Glory to the newborn King” means something slightly but significantly different from “Glory to the King of kings.” In the Gospel account, the angels praise God, whereas in “Hark! the herald angels sing,” they are inaccurately described as praising Jesus. Furthermore, Luke does not say that the angels “sing,” and so it may well be that this reinterpretation by Whitfield has emphasized the popular but unscriptural picture of angels singing the Gloria.

“It Came Upon a Midnight Clear”

‘It Came Upon a Midnight Clear’ is all about the message of peace that the angels proclaimed on the first Christmas, when Jesus Christ was born. The song looks forward to a time when people will respond to the angels by living in peace with God and each other, and, in the last verse, likens doing so to offering the angels’ song back to them: “When peace shall over all the earth its ancient splendors fling, And all the world give back the song which now the angels sing.”

Edward Hamilton Sears, a Unitarian minister, wrote the text of this carol during a period of social and political turmoil in Europe and the United States.  It was first published in Boston in 1849, but the message still rings true today.  It was one of the first times that an American writer had penned words that would become a Christmas carol.  The American composer Richard Storrs Willis, who had studied music with renowned composer Felix Mendelssohn in Germany, wrote a tune called ‘Carol’ and adapted the words of Sears’ poem to that music about a decade after the poem was first published (1850).

“When Salvation Was Born”

An angel chorus filled the night with peace, and all of heaven breathed a sweet release, as His creation cradled Him that morn when salvation was born.”

This beautiful Christmas Eve anthem was composed by Susan Naylor Callaway in 2003.

“Glory to the Son of God”

“Wondrous night, stars shone bright, shepherds watch were keeping.  All was still and silent while Bethlehem lay sleeping.  Suddenly an angel of the Lord appeared above, bringing great tidings of God’s love.  Glory in excelsis Deo.  Glory to the Son of God.

Angels sang, praises rang at the Savior’s birth.  Glory to God in the highest and peace to all the earth.  Prophecy is now fulfilled according to God’s Word.  Born to you today is Christ the Lord.

Still the message rings throughout the ages,  Jesus is the Christ, Immanuel.”

This song, by Cindy Berry, celebrating the angel song of Christmas Eve, was written in 2000.

“Angels From the Realms of Glory”

Lyricist James Montgomery, who first published ‘Angels From the Realms of Glory’ as a poem in the newspaper he ran in London, England, found that his Christmas poem was popular. But Montgomery went to prison twice for printing newspaper content that called attention to unpopular issues that upset the English government. The first time, Montgomery was jailed for publishing a poem that celebrated the fall of the Bastille during the French Revolution. The poem irked English authorities because England was at war with France at the time it was published. The second time Montgomery went to prison, it was on libel charges stemming from reporting about a riot in which English soldiers injured and killed some demonstrators. But Montgomery wrote that he had made “a plain determination, come wind or sun, come fire or water, to do what was right” by using his newspaper to call attention to issues that he thought needed people’s attention.

‘Angels From the Realms of Glory’ began as a poem rather than a song. Montgomery said he felt inspired to write the words to it quickly on December 24, 1816 after reading the Bible’s account of the first Christmas. The words flowed easily as Montgomery reflected on the angels’ announcement of Jesus Christ’s birth. That evening (Christmas Eve), he published the words as a poem in the newspaper he owned in London, England, The Sheffield Iris.

Much later, in 1867, composer and organist Henry Smart set Montgomery’s words to music that he had previously written for a song he called ‘Regent Square’ (named after Regent Square Presbyterian Church in London, England) and named the new song ‘Angels From the Realms of Glory’.

“What Child is This?”

“What child is this, who laid to rest, on Mary’s lap is sleeping?  Whom angels greet with anthems sweet while shepherds watch are keeping?  This, this is Christ the King, whom shepherds guard and angels sing;  haste, haste to bring him laud, the Babe, the Son of Mary!…”

The lyrics of this hymn were written in 1865 by William Chatterton Dix.  He was one of more than 20 lyricists who chose the traditional melody of Greensleeves as the music for his verse. ”  In the era while Dix was writing hymns and raising a family, Christmas was not the celebration it is today. Neither was it a season where many openly celebrated the birth of Christ.  Puritan groups feared that if set aside as a special day, Christmas would become a day of pagan rituals more than a very serious time of worship. In this context, it was unusual for Dix to feel moved to write about Christ’s birth, since many hymn writers of the period ignored Christmas altogether.”*

Hear the song at http://www.youtube.com/watch?v=5EM7FaOc3Zk