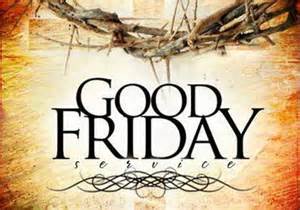 The words and music for this hymn were written by Julie Howard in 1993.  The hymn was first published in a Roman Catholic publication,  We are the Circle.   Through the words, we are reminded of the ever-present nature of God.

“A mocking crown, a crown of thorns, a scarlet robe, a burden borne;
This one by whom the world was framed a holy sacrifice became.

A Roman guard with spear in hand, a darkened sky at God’s command,
A curtain torn, a mother’s cry, those who were friends just turn their eyes.

O wondrous cross, for everyone to see,
The spotless Lamb of God he came to be;
For all the world be paid sin’s dreadful price,
Heaven’s holy sacrifice.

When I survey the wondrous cross, on which the Prince of glory died,
My richest gain I count but loss, and pour contempt on all my pride.

Two nail-pierced hands that came to bless,
All those who seek him and confess that he is Lord,
And then to claim Salvation through his matchless name.

O wondrous cross, for everyone to see,
The spotless Lamb of God he came to be;
For all the world be paid sin’s dreadful price,
Heaven’s holy sacrifice.”

“O Wondrous Cross” was written by Stan Pethel.  In it, he quotes the hymn, “When I Survey the Wondrous Cross” by Lowell Mason (1824).  This song comes from the larger choral work, “Lord of Glory.”

“Shadows of the Night”

My God, and my King, Redeemer, Teacher, Friend!
In silence he stood; surely this was not the end!
“A kingdom built on love, not by power nor by might.”
God’s message became clear to me in the shadows of the night.

“A kingdom built on love, not by power nor by might.”
God’s message became clear to me in the shadows of the night.

This piece is written by Margaret R. Seeback and Lloyd Larson (2003).  It comes from a larger choral work called “You are the Christ.”

“Beneath the cross of Jesus I fain would take my stand:  the shadow of a mighty rock within a weary land, a home within the wilderness, a rest upon the way, from the burning of the noon-tide heat and the burden of the day.

Upon the cross of Jesus my eyes at times can see the very dying form of one who suffered there for me; and from my  smitten heart, with tears, two wonders I confess, the wonder of his glorious love, and my unworthiness.

I take, O cross, your shadow for my abiding place; I ask no other sunshine than the sunshine of his face, content to let the world go by, to know no gain nor loss, my sinful self my only shame, my glory all, the cross.”

Elizabeth Clephane was born in Edinburgh, Scotland in 1830 and lived most of her life in the village of Melrose.  Her parents both died while she was young, and she was never very healthy herself.  Nevertheless, she was one of those cheerful people who brighten every corner –– perhaps because she focused on what she could do for others rather than sitting and feeling sorry for herself.  Elizabeth loved poetry and wrote several hymns.

In her hymn, “Beneath the Cross of Jesus,” Elizabeth alluded to a passage in Isaiah that speaks of “the shade of a great rock in a weary land” (Isaiah 32:1-2).  Perhaps one reason that this hymn has enjoyed such popularity is that we know what it means to live in a weary land.  We feel the need of a mighty rock to shelter us from the heat.  Elizabeth says that, for her, Jesus’ cross is that resting place.  For her, Jesus’ cross is her home within the wilderness, her rest upon the way.

See a choir in Hawaii at:  http://www.youtube.com/watch?v=sMzj3COHXwo

“The Suffering Servant” is an anthem by Ruth Elaine Schram.  The text is an adaptation of the passage from Isaiah 53:1-5.

“Who has believed our report,
and to whom has the arm of the Lord been revealed?

He grew up before him like a tender shoot,

He was despised and rejected;
a man of sorrows, aquianted with grief.
Surely He took up our infirmities,
and He carried our sorrows.

Who has believed our report,
and to whom has the arm of the Lord been revealed?
And by His stripes we are healed.”

Categories: Notes on the Notes, Worship