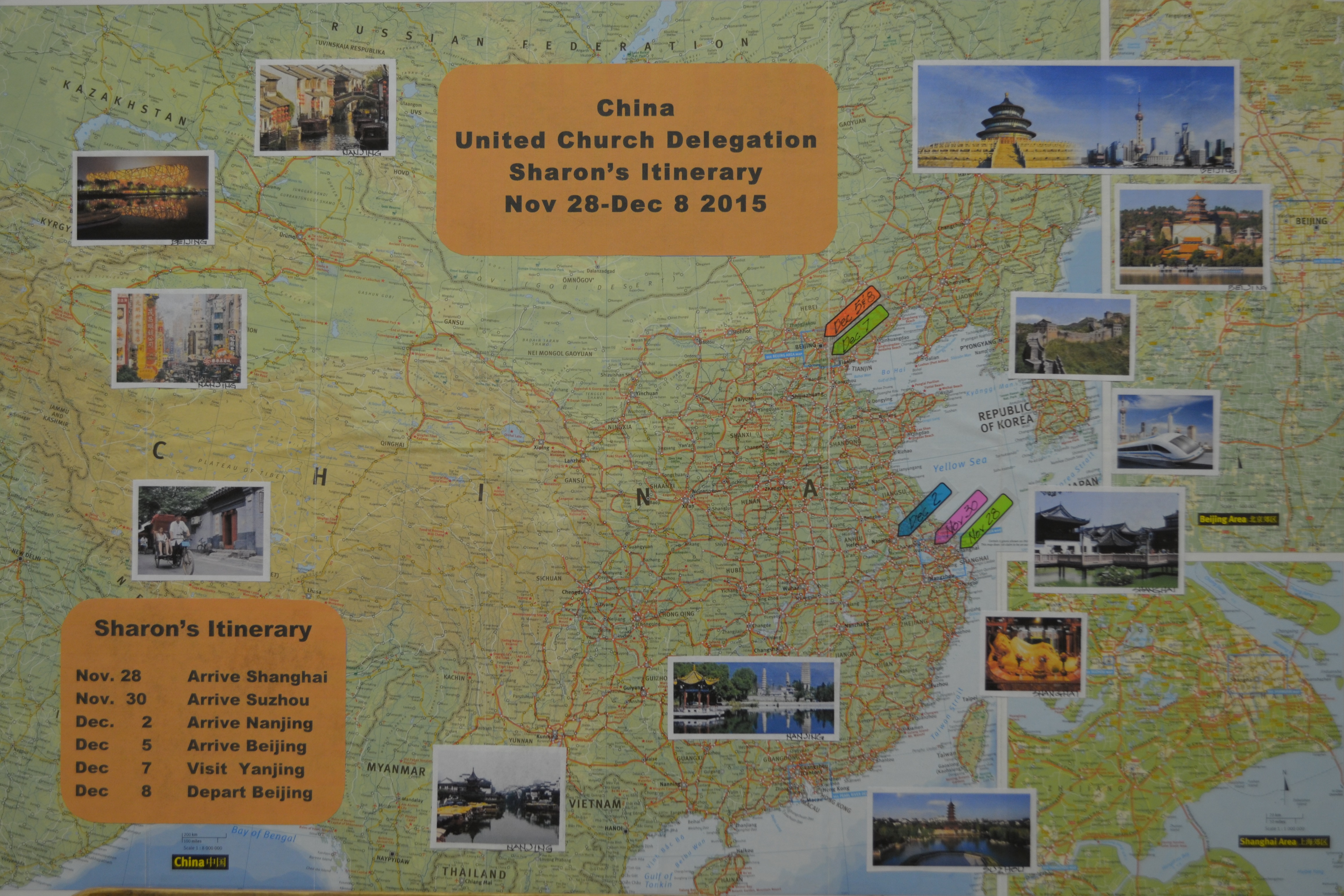 The China Christian Councili, the post-denominational Protestant Church in China (CCC), has invited The United Church of Canada into an encounter of deepened relationships and knowledge of our churches and our respective contexts. Receiving this invitation is an honour. Christianity in Asia is undergoing fundamental change as Christians there integrate scripture, tradition, experience and context. In China, there is tremendous growth happening within churches – the CCC estimates total membership in official Protestant churches to be at least 23 million. This invitation from the China Christian Council to the United Church of Canada presents an occasion for deepened church-to-church engagement, and presents an opportunity to understand China through encounter with Chinese Christians. It recognizes the existing partnership between our churches, the long history of United Church engagement with the people of China, and the potential for learning and growth between churches which have at their heart a vision of unity in diversity among Christians for the sake of God’s mission in the world.
Objectives:
• To deepen the relationship between the China Christian Council and The United Church of Canada
• To enable participants to relate the work of the China Christian Council to the Chinese context, and to wider global currents in church and society
• To share and explore the history, polity, theologies and ministries of the two churches, and to learn how we may effectively be informed by and support each other’s work
• To reflect on the implications for our mission and ministries of being united/uniting and/or post-denominational churches

When the Communist Party rose to power in 1949 and established the People’s Republic of China, Christianity was generally regarded with suspicion because of the way Christian missionary efforts had been accompanied by foreign military intervention and occupation. In 1949 there were only approximately 700,000 Protestant Christians in China. These Protestant Christians set out to build an autonomous Chinese church by creating the Three-Self Movement in 1950, with these three principles: self-governance, self-support, and self-propagation.
Nonetheless, Christianity was outlawed during the Cultural Revolution (1966–79). Christians risked persecution by gathering in small underground house groups. To counter these “unregistered meetings,” the government officially restored the Three-Self Patriotic Movement (TSPM) in 1979. The China Christian Council (CCC) was founded the following year.
Protestant Christianity in China is post-denominational: in the CCC denominations no longer exist and believers worship together. Since 1980, more than 56,000 churches and meeting places have opened and membership has grown to 23 million. Some Christians continue to meet in unregistered home meetings.

With the TSPM, the CCC oversees Protestant communities’ work in ministry education, women’s ministries, administration, international relations, and the printing and distribution of Bibles, hymnals, and Christian literature.
The United Church of Canada’s partnership with Chinese Christians dates from the 1880s when the uniting churches started sending missionaries to China.

On Saturday, October 24, a Chinese potluck dinner was held to learn more about Sharon’s visit to China.

Thanks to Sharon and June Kaan for hosting this event!