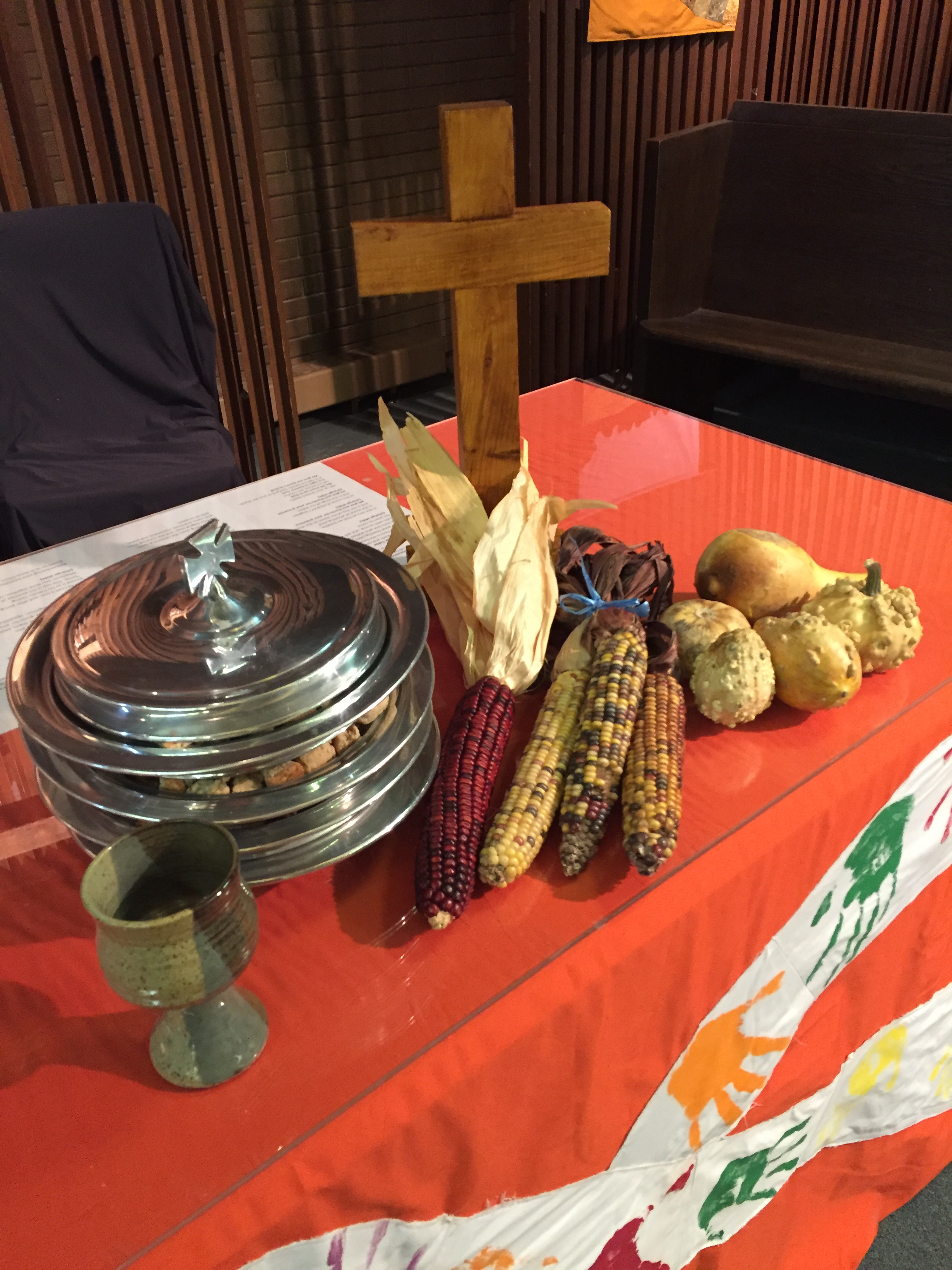 You think you own whatever land you land on

The earth is just a dead thing you can claim

But I know ev’ry rock and tree and creature

Has a life, has a spirit, has a name.

You think the only people who are people

Are the people who look and think like you

But if you walk the footsteps of a stranger

Who can tell me what those lyrics are from? The Disney animated movie Pocahontas! Yet they speak deeply to what I believe we are called to look at in our world today.

What does it mean to be humbled in our lives today? The world speaks to us as if we should be the most important thing in the world, as if our very survival depends on us only looking out for ourselves and no one else. How many times have we heard the saying; “If I don’t look after myself, no one else will!” (I actually put an exclamation point behind that, because many times when we say it we become adamant that this is a non-negotiable truth in our world).

But in many ways this is a mentality that has led to much suffering in the world. How many of you have heard of the Doctrine of Discovery? The Papal Bull “Inter Caetera,” issued by Pope Alexander VI on May 4, 1493, played a central role in the Spanish conquest of the New World. The document supported Spain’s strategy to ensure its exclusive right to the lands discovered by Columbus the previous year. It established a demarcation line one hundred leagues west of the Azores and Cape Verde Islands and assigned Spain the exclusive right to acquire territorial possessions and to trade in all lands west of that line. All others were forbidden to approach the lands west of the line without special license from the rulers of Spain. This effectively gave Spain a monopoly on the lands in the New World.

The Bull stated that any land not inhabited by Christians was available to be “discovered,” claimed, and exploited by Christian rulers and declared that “the Catholic faith and the Christian religion be exalted and be everywhere increased and spread, that the health of souls be cared for and that barbarous nations be overthrown and brought to the faith itself.” This “Doctrine of Discovery” became the basis of all European claims in the Americas as well as the foundation for the United States’ western expansion.

In the US Supreme Court in the 1823 case Johnson v. McIntosh, Chief Justice John Marshall’s opinion in the unanimous decision held “that the principle of discovery gave European nations an absolute right to New World lands.” In essence, the indigenous persons of North America had only a right of occupancy, which could be abolished.

This doctrine has led to the subjugation of entire cultures, the assimilation of so many different peoples in the world, all because Christianity in many ways understood that if it didn’t look out for itself, who would? It could very easily have been assimilated by what were, at the time, considered to be heathen peoples, savages, those who we see as being “less than.” I am not dredging up the past, nor is it about guilt and blame, but rather I think that it is important for us to understand the reality of the past and the reality of the world as it was. When Europeans came to this land, not only did they claim it as their own, but rather they made sure that Christianity became part of land as well. So off went the missionaries to the rural and remote areas of the land. Phyllis Airhart, Associate Professor of the history of Christianity, in her book; The Church with the Soul of a Nation: Making and Remaking the United Church of Canada, speaks of this in the following way, “In seeking to Christianize the social order, the United Church worked in partnership with various levels of government to ‘Canadianize’ immigrants and indigenous people.

Efforts to create a common culture by providing pastoral care to those who were ‘different’ were accepted as necessary as constructive, a way of creating a better nation.” If we don’t look after ourselves, and our culture, and our religion, who will? Therefore, we need to ensure that each and every one ascribes to the same belief system that we do, don’t we?

But if we were to look at the life of Christ we do not see someone who was only concerned about one’s own self-interest. I that had been the case then would we have even come to Good Friday, and Easter Sunday. I would think not. But that was not and has not been the case. I don’t seem to ever recall when Christ polled those to whom he offered love, compassion, mercy and justice, if they believed the same things that he did. The one story we have found, with the Syropheonician woman, ended up with Jesus curing her daughter, based on the faith that she already possessed. The letter from Paul to the Philippians this morning asks us to put ourselves aside and work for others to get ahead, “Put yourself aside, and help others get ahead. 4Don’t be obsessed with getting your own advantage. Forget yourselves long enough to lend a helping hand.” What might this mean in our world of today?

This is World-Wide Communion Sunday, and we are celebrating communion with many other Christians around the world and if we are honest we know that they don’t all believe exactly the same thing that we do, and we can accept that. But it goes deeper than that. If we remember back to the Biblical story of the Last Supper we understand the Jesus gathered his friends together for one last meal, and they were all included, even the one who would betray him. You see Jesus never asked for resumes of those who followed, he called, and they followed. Jesus spoke very much peace, justice, inclusion, and love to those powers that spoke about keeping the status quo. That is what we are called to do in our lives and in our own world.

Quite often today we hear conversations around Right relations and in 2005 the United Church of Canada even changed its crest to include a Mohawk phase which translates as “all my relations.” But what does this mean in light of the readings this morning. I believe that, as Christians, we are called to recognize the worth of each and every individual, as a unique and wonderfully made creation of God. And as such we are called to not place ourselves over and above another based on culture, nationality, ethnic group, or belief system, but rather we are to be just as concerned about them as we are about ourselves and our lives.

Niiggan Sinclair, is Anishinaabe and an assistant professor at the University of Manitoba, was present here at Windsor Park United for a meeting about a year ago and I would like to pass along what he said about this issue. This is a paraphrase of what had said because I do not have an actual transcript of that evening. When speaking of what it means when we speak of “all my relations,” and I would say the idea that we are to work not for our own self-interest but rather for the betterment of others, Niiggan spoke of his 12 year old daughter. He said if we truly understand that we are called to be “all my relations,” if we are called to truly work as family together, if we are to understand that we are to put our own self-interest aside, then each and every one of us will be just as concerned as Niiggan is that his daughter does not become one of the many missing and murdered indigenous women in Canada today. What that means is that we understand that it is only through our own work that we can face and address the racism, both institutional and cultural that our history has embedded in our society. In this way we come to see that we are not, nor should we have ever been, over and above any other segment of our society. So when we approach the table, let us remember the humbleness of Christ. Let us come with our own humbleness aware of the damage that has been wrought throughout the world due to our history of conquest and let us recommit to living as Christ in the world.

“Do this in remembrance of me!” If we truly believe this then in remembering the life, work, and love of Christ, we can begin to understand how we are called to be in the world, making way for others, instead of ourselves. Will you be humbled at the table today?